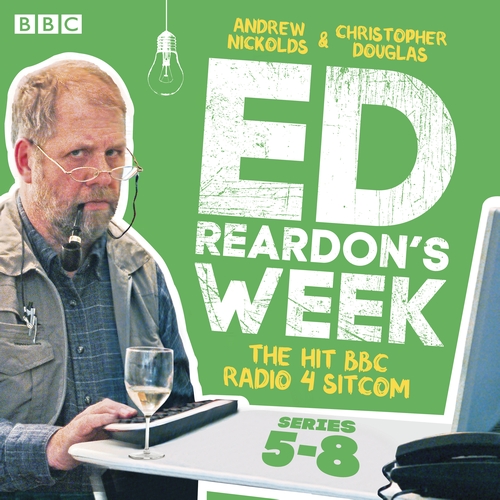 Freeloading freelancer Ed Reardon is back, and still trying to survive in a world where the media seems to be run by idiots and lying charlatans. Success continues to eludes him, but at least he can eke out a living teaching creative writing, condensing modern classics and doing a spot of celebrity ghostwriting.

These four series find him shouldering his share of grandfatherly responsibilities; taking up residence in Berkhamsted's premier accommodation for the financially distressed; rekindling a romance with an old flame; and curating a moving tribute for Jaz Milvane's 'surprise' 60th birthday bash. Meanwhile, Ed's cat, Elgar, finds fame with an internet blog. Could he become a more successful writer than Ed? (Quite probably...)

And in a special seasonal edition, Ed is hoping to spend Christmas Day in the bosom of his family - but will he end up alone with Elgar, an Oxo cube and a cinnamon stick?