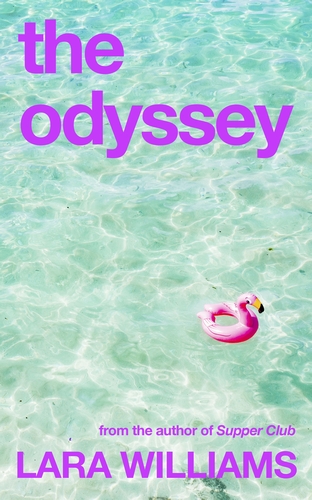 From the prize-winning author of Supper Club comes a wickedly funny and slyly poignant new satire on modern life - for fans of My Year of Rest and Relaxation, Convenience Store Woman, and J. G. Ballard's High Rise

'Far from normal' The Times

'This book is a serious vibe' Cosmopolitan

'Lara Williams is the queen of smart modern satire. I could read her all day' Emma Jane Unsworth

Meet Ingrid. She works on a gargantuan luxury cruise liner, where she spends her days reorganizing the merchandise and waiting for long-term guests to drop dead in the changing rooms. On her days off, she disembarks from the ship and gets blind drunk on whatever the local alcohol is. It's not a bad life. And it distracts her from thinking about the other life she left behind five years ago.

Until one day she is selected for the employee mentorship scheme - an initiative run by the ship's mysterious captain and self-anointed lifestyle guru, Keith, who pushes Ingrid further than she thought possible. But sooner or later, she will have to ask herself: how far is too far?

Utterly original, mischievous and thought-provoking, The Odyssey is a merciless takedown of consumer capitalism and our anxious, ill-fated quests for something to believe in. And as its title suggests, it is a voyage that will eventually lead its unlikely heroine all the way home. Though she'd do almost anything to avoid getting there...