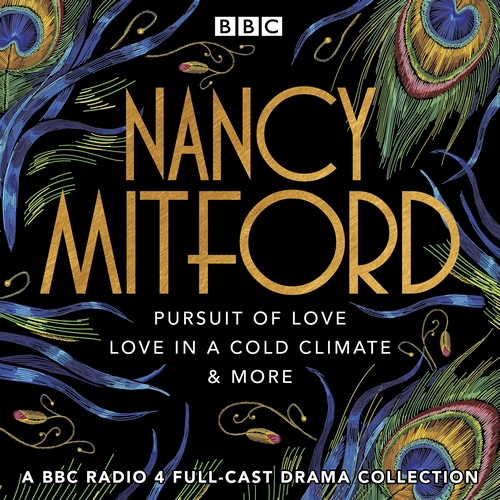 The eldest of the notorious Mitford sisters, Nancy Mitford was renowned for her comic novels of upper-class life. An aristocrat and socialite, she mingled with the 'Bright Young Things' in interwar London, and went on to satirise their foibles in razor-sharp, wickedly funny prose. Collected here are adaptations of her two bestsellers, the semi-autobiographical The Pursuit of Love and Love in a Cold Climate; her delightful biography of Louis XV's chief mistress; and a pair of fascinating programmes exploring her own unconventional life.

The Pursuit of Love
This bittersweet tale follows the fortunes of Fanny Logan and her eccentric aristocratic cousins, the Radletts, as they embark on disastrous love affairs and misconceived marriages while searching for Mr Right.

Love in a Cold Climate
A glamorous invitation to a grand party at Hampton - home of the fantastically rich Montdores and their beautiful daughter Polly - brings Fanny into the world of 1920s high society: and in and out of love when the temperature drops... Amanda Root stars in this sparkling sequel to The Pursuit of Love.

Greatest Lives - Nancy Mitford
Grace Dent loves Nancy Mitford for her wit, and for the way in which she showed women that it was possible to live your life fully and unconventionally. Matthew Parris asks what it is about Nancy that so inspires Grace, with the aid of Mitford biographer Lisa Hilton.
Produced by Beth O'Dea.
First broadcast BBC Radio 4, 22 January 2013