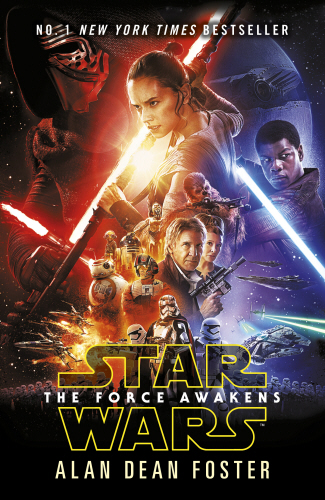 More than thirty years ago, Star Wars burst onto the big screen and became a cultural phenomenon. Now the next adventures in this blockbuster saga are poised to captivate old and new fans alike—beginning with the highly anticipated Star Wars: The Force Awakens. And alongside the cinematic debut comes the thrilling novel adaptation.

Set years after Return of the Jedi, this stunning new action-packed adventure rockets us back into the world of Princess Leia, Han Solo, Chewbacca, C-3PO, R2-D2, and Luke Skywalker, while introducing a host of exciting new characters. Darth Vader may have been redeemed and the Emperor vanquished, but peace can be fleeting, and evil does not easily relent. Yet the simple belief in good can still empower ordinary individuals to rise and meet the greatest challenges.

So return to that galaxy far, far away, and prepare yourself for what happens when the Force awakens. . . .