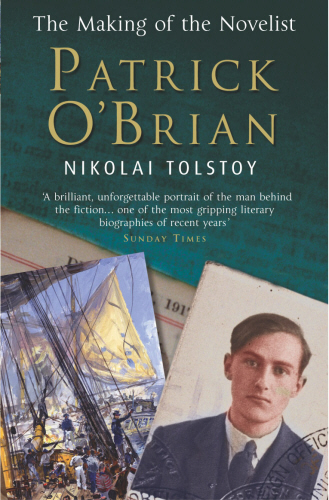 The Making of the Novelist
Paperback

The defintive account of the early life of the revered author of the Aubrey-Maturin novels including Master and Commander.

To many, Patrick O'Brian was the greatest British novelist of the Twentieth Century. The twenty volumes of the series set in the Royal Navy of the beginning of the Nineteenth Century and featuring Aubrey and Maturin have been hailed as 'the best historical novels ever written' by the New York Times.

Nikolai Tolstoy was O'Brian's stepson and his acquaintanceship with him lasted forty-five years during most of O'Brian's marriage to Mary Tolstoy, Nikolai's mother. Tolstoy stayed with the couple regularly at their French home and was a frequent correspondent with the reclusive and secretive author, discovering facets of his character and creative genius that he showed to no one else.

He has unique access to letters, notebooks and photographs, which will appear in this book. This volume tells the story of O'Brian's life up to his decision to move to Collioure in the South of France. His oppressed childhood, his precocious writing success, his first visit to Ireland, his sailing experiences as a young man, and the truth behind his first marriage, divorce and name change are all dealt with.
This is the first part of the definitive biography of one of our literary geniuses.