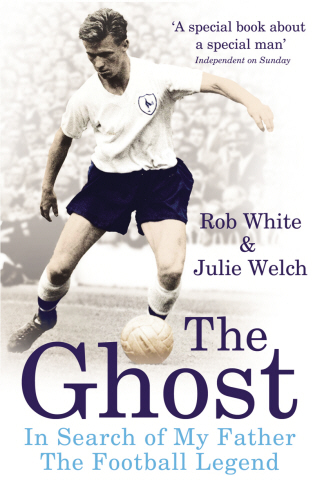 In Search of My Father the Football Legend

When Spurs legend John White was killed by a bolt of lightning in 1964, the football world was rocked by the tragedy. He was just 27 years of age.

Nicknamed the 'Ghost' for the way that he could drift into space undetected, White played an inspirational role in the great double-winning Tottenham Hotspur side of the early 1960s. Every fan has a story about him.

When White died, his son, Rob, was only six months old and so never knew his father. The man who was revered by hundreds of thousands of football fans across the country was a stranger to him. Beyond the grainy Cup Final footage and yellowed newspaper articles, there was so much Rob didn't know, questions he had never had an opportunity to ask. To find answers he set out to speak to White's former teammates, his family and followers, and built up a touching portrait of a gifted young footballer and of a lost era.

'Had John lived, he could have been one of the greatest footballers of all time' - Jimmy Greaves

With a new afterword for the paperback.