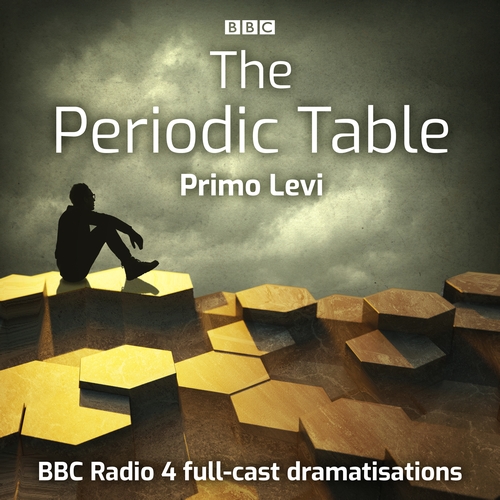 Dramatisations and readings from the award-winning anthology
Audio Download

Scientist, resistance fighter and Holocaust survivor, Primo Levi was one of Italy's greatest writers and an internationally renowned chronicler of human nature. In his masterpiece The Periodic Table, he charts his incredible life story through the medium of chemistry, using the titular list of elements - the building blocks of everything - as a prism to explore his experiences and search his soul.

In this superlative BBC adaptation, all 21 of the peerless stories in Levi's memoir are incorporated into 11 radio episodes, comprising both compelling dramatisations (starring Henry Goodman as the older Primo and Akbar Kurtha as his younger self) and eloquent readings by Paul Copley, Ben Crowe, Evie Killip and Henry Goodman. The chapters are preceded by a short introductory feature by Janet Suzman, discussing Levi's life and writing and featuring archive interviews with Levi himself.

We hear of Levi's student days in Fascist Italy, his battles as a partisan, his imprisonment in Auschwitz, his subsequent career as a professional chemist, and his imagined meeting with his Piedmontese ancestors - as well as his job in a paint factory in the 1960s and an unsettling encounter with his past. Alongside these autobiographical meditations are fabulous fictional tales of a European prospector, a little girl enchanted by white paint, an 1820s captain living on a remote island with strange chemical properties, and the incredible, centuries-long journey of a single carbon atom...

Named 'the best science book ever' by the Royal Institution of Great Britain, this astonishing compilation fuses autobiography and fantasy, science and emotion, to extraordinary effect. Vivid, powerful and breathtaking, it will surprise, amuse and move you, lingering in your imagination and changing the way you look at the world.