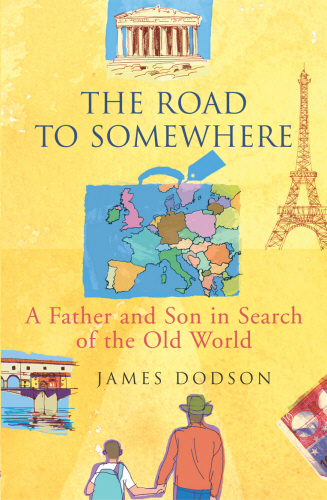 The Road To Somewhere

Celebrating the wonder, comedy and adventure to be found in the most unlikely places, best-selling author James Dodson takes his young son Jack on a once-in-lifetime trip through the great cities and eccentric byways of Europe.

There are two kinds of travel, someone once said: first class and with children. During the summer of 2001, Jim Dodson discovers that travelling with a kid can almost make a grown man feel - and behave - like a child again. Two battered bags and an old baseball glove in hand, father and son set out to circle the globe and spy the wonders of the world. But the best-laid plans usually tend to go awry and Jim and Jack encounter a myriad of unforeseen obstacles during their journey - some hilarious and others heartbreaking. What they discover, on the busy marketplaces and sightseeing hot spots, the country inns and dusty back roads of Western Europe, are not the knights and dragons young Jack had once dreamed of, but something far more valuable: each other's company and a world where, at the end of the day, unexpected laughter and pain can make us all friendly small-town neighbours. With humour, warmth and wisdom, James Dodson explores the meaning of father-son relationships and the importance of finding and savouring friendship, beauty and wonder - especially when you least expect them.