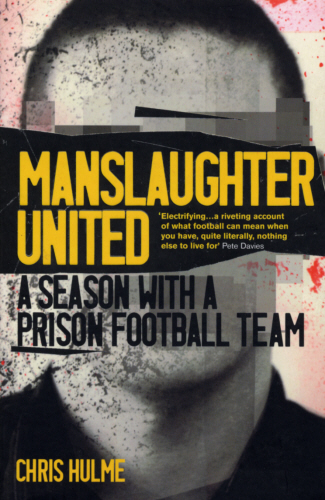 A Season with a Prison Football Team
Paperback

People don't want to know us. They don't want to know we exist. We have all committed horrendous crimes, and they aren't going to understand why we're allowed to play football. But it's the only thing that makes our lives bearable. We play in a local league - home games only - and it doesn't matter then who you are or what you've done, you can still be a hero on match day. For those ninety minutes it's your FA Cup, your European Cup, your World Cup.

Zebedee, Teddy, Bunny, Nigel, Scouse, Raph, Bumpy, Wayne, Carl, Paddy and Rizler. Eleven men - a football team. In every British town there are hundreds of amateur football teams. This team has the usual sprinkling of talent, but is otherwise unique. Nine of these players have been convicted of murder and are serving life-sentences in HMP Kingston, the other two are their warders.

Chris Hulme spent a season with the Kingston Arrows - watching every game, talking to them about their lives on the inside and out and supporting them in their attempt to win the league for the first time in ten years of trying. MANSLAUGHTER UNITED - the story of the hardest football team in England.