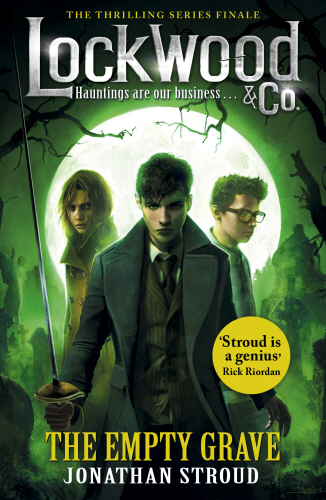 Soon to be a major Netflix series!

After their recent adventures, the Lockwood & Co team deserve a well-earned break . . . so naturally they decide to risk their lives breaking into a heavily-guarded crypt. A building full of unsettled souls, it's also the final resting place of Marissa Fittes, the legendary and (supposedly) long-dead ghost hunter - though the team have their suspicions about just how dead she might be.

What they discover changes everything.

Pitched into a desperate race to get to the truth behind the country's ghost epidemic, the team ignite a final, epic battle against the Fittes agency. A battle that will force them to journey to the Other Side, and face the most terrifying enemy they have ever known.

Can everyone make it out alive?

Join Lucy, Lockwood, George and Holly for one last time as they battle ghosts and humans for truth and justice in this breathtaking finale to the bestselling series.

'Stroud is a genius' - Rick Riordan