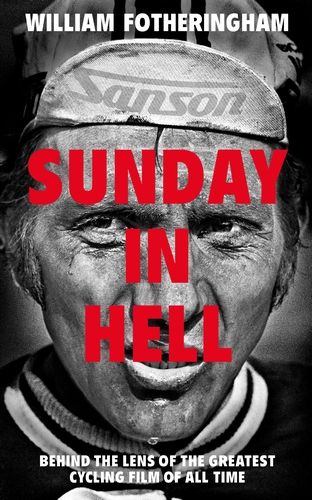 Behind the Lens of the Greatest Cycling Film of All Time

The Paris-Roubaix Classic. 273 kilometres of torment across the bone-crunching pavé of northern France.
In 1976 the celebrated Danish film director, Jørgen Leth, embarked on an ambitious project to capture the spirit of this spectacular and cruel one-day race. The resulting film, A Sunday in Hell, has become the most admired cycling documentary of all time, and its revolutionary camera and sound techniques have forever changed the way the sport is viewed on screen.
The film centres around legends including Eddie Merkx, Roger De Vlaeminck, Freddie Maertens and Francesco Moser, capturing not just their experiences from the saddle, but also the mood of a nation and its relationship with the most punishing of the Spring Classics.
Sunday in Hell looks at the men, the method and the places behind the film. It observes the creativity of Leth and his collaborators, explores the lives of riders such as unlikely winner Marc Demeyer and revisits locations which have changed little to this day.