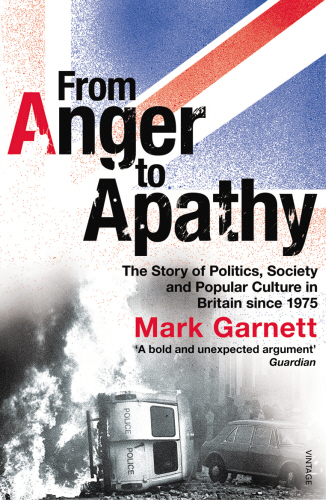 From Anger To Apathy

The Story of Politics, Society and Popular Culture in Britain since 1975
Paperback

In this groundbreaking new book, Mark Garnett charts the changes in British politics, society and culture since 1975. In the mid-1970s Britons spent much of their time complaining - and seemingly for good reason. A Labour government with a wafer-thin majority was struggling in vain against rampant inflation; the headlines were full of strikes, serial killers and sporting disasters; while in the streets anti-fascist demonstrators clashed with the racists of the National Front.

Britain in the early years of the twenty-first century seems a very different and much quieter place, but is it as 'apathetic' as the political commentators argue? And were the 1970s really as 'angry' as people believed?