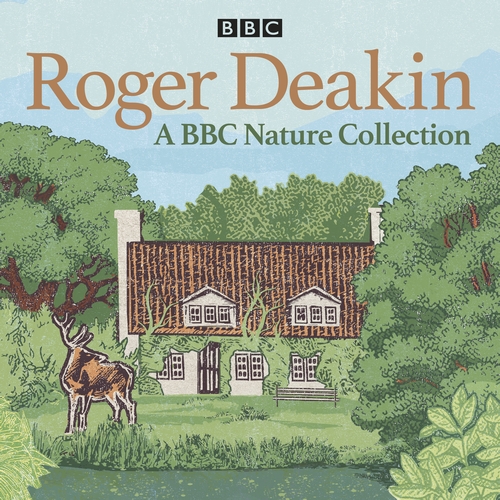 The legendary naturalist on wild swimming and nature, plus a reading of Wildwood
Audio Download

An anthology of programmes hosted by and about Roger Deakin, the legendary naturalist, introduced by
his friend Robert Macfarlane.

Author, filmmaker and conservationist Roger Deakin first came to fame with his bestselling book Waterlog, which brought wild swimming into the mainstream and pioneered the 'new nature writing' genre. Published posthumously, his second travelogue, Wildwood, and collected journals, Notes from Walnut Tree Farm, were also hailed as classics. The collection is introduced by Robert Macfarlane, a dear friend of Roger Deakin's as well as his literary executor.

Deakin's life at Walnut Tree Farm is the subject of the two radio soundscapes that open this collection. In The House, he introduces us to his home of almost 40 years, presenting an atmospheric sound portrait of this ancient, timber-framed Suffolk farmhouse - from the sighing of the wind to the scuttling spiders and the chirpings of the swallows up the chimney. The Garden takes us on a tour of the untamed land surrounding it - with its moat, shepherd's hut and the walnut tree that gave the farm its name - offering us an intimate record of the changing seasons.

Cigarette on the Waveney sees Deakin paddling his canoe, Cigarette, from the source of the River Waveney at Redgrave Fen in Suffolk to Geldeston Locks in Norfolk. Recorded over several days and nights, this evocative audio diary charts his journey as he captures the sounds of the waterway and its wildlife.

Next, in a 5-part abridged reading of Wildwood by Sean Baker, we journey with Deakin from Suffolk in the spring to the Australian outback, in search of what lies behind humanity's profound connection with wood and trees.

A radio tribute to Waterlog follows, as anthropologist and wild swimmer Alice Roberts joins friends and fans of Deakin, including Robert Macfarlane, Sue Clifford and Richard Mabey, to celebrate the book's enduring legacy.

And in a pair of travel documentaries, we take two delightful day trips with Roger Deakin. In Ramblings, he takes a walk with presenter Clare Balding around his home patch of Diss in Suffolk, and in On the Beach, he spends a summer day on the Essex coast near Clacton, revisiting one of the places he described so vividly in Waterlog: Jaywick Sands.