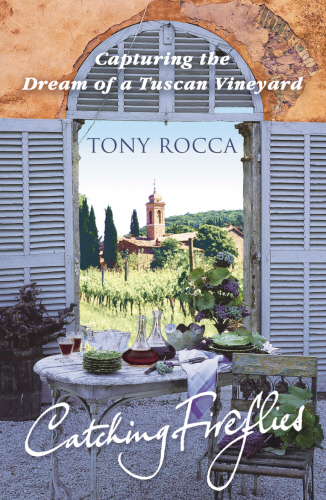 Following an extended bout of hard city life, Tony Rocca and his wife, Mira, decided that some of the really important things were missing - good food, plenty of sunshine and a relaxed approach to life. Despite Tony's name, however, their decision to move to Chianti was not based on heritage, nor any knowledge of the Italian language or spirit that had failed to pass down the line to him.
Hardly expecting things to be straightforward, Tony and Mira set about raising a loan to purchase Collelungo, the dilapidated property they had set their hearts on converting into an 'agriturismo' hotel. Complications and misinterpretations followed hot on the heels of each other, and before long they found themselves in trouble with the Monte dei Paschi bank with a debt of one billion Lire.
Finding drumming-up business to be a tougher task than they had anticipated, it was not long before the Roccas realised that alternative avenues would have to be explored to increase their income. Keeping on the hospitality business, Tony was persuaded by Mira to experiment with the vines that had been part of the property purchase. Sceptical though he was about the investment involved, the success of these wines was unprecedented.
What follows is a heart-warming story of success and integration into a community through persistence, good humour, and sheer hard work.