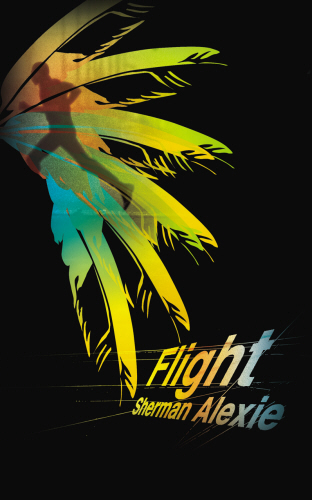 Flight follows this troubled foster teenager - a boy who is not a 'legal' Indian because he was never claimed by his father - as he learns that violence is not the answer.

The journey for Flight's young hero begins as he's about to commit a massive act of violence. At the moment of the decision, he finds himself shot back through time to resurface in the body of an FBI agent during the civil rights era, where he sees why 'Hell is Red River, Idaho, in the 1970s'. Red River is only the first stop in an eye-opening trip through moments in American history. He will continue travelling back to inhabit the body of an Indian child during the battle at Little Bighorn and then ride with an Indian tracker in the nineteenth century before materialising as an airline pilot jetting through the skies today. During these travels through time, his refrain grows: 'Who's to judge?'

This novel seeks nothing less than an understanding of why human beings hate. Flight is irrepressible and fearless - Sherman Alexie at his most brilliant.