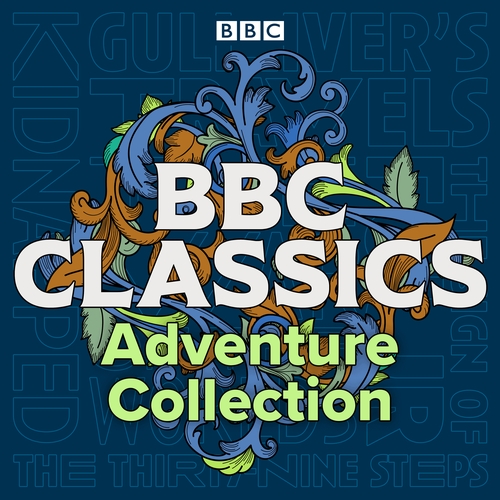 Gulliver’s Travels, Kidnapped, The Sign of Four, The War of the Worlds & The Thirty-Nine Steps
Audio Download

This thrilling anthology contains five action-packed tales of incredible journeys, a murderous treasure hunt, invaders from outer space and international espionage - all read in full by some of the very best voice actors. With over 33 hours of exciting listening, tracked by chapter, let yourself get carried away with these classic adventures.

The Sign of the Four
Arthur Conan Doyle's intriguing locked-room mystery follows Holmes and Watson as they uncover a murky tale of theft, betrayal and greed. Read by Kenny Blyth.

The War of the Worlds
HG Wells' iconic sci-fi story about the battle to save Earth from a Martian invasion. Read by Michael Bertenshaw.

The Thirty-Nine Steps
John Buchan's stirring tale of derring-do, secrets and spies set in the shadows of war. Read by Kenny Blyth.

The Sign of the Four
Read by Kenny Blyth
Produced by Ciaran Bermingham
First broadcast on BBC Sounds, 22 August 2019

The War of the Worlds
Read by Michael Bertenshaw
Produced by Martha Littlehailes
First broadcast on BBC Sounds, 23 August 2019