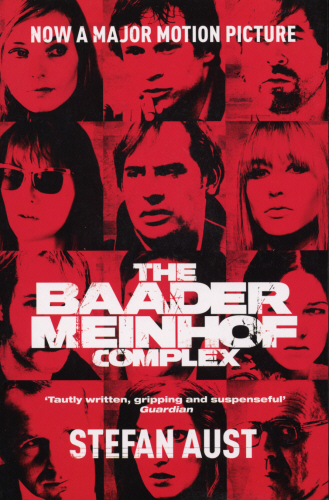 The rise and fall of the Baader-Meinhof group constitutes one of the most remarkable phenomena of post-war Europe. A group of young people, most of them from solid, middle-class backgrounds, took the law into their own hands, and by means of arson, bombing, kidnap and murder sought to alter the direction of national, and indeed international, politics.

Rooted in the student protest movement of the late 1960s, the story of the group begins in May 1970 with the freeing of Andreas Baader - imprisoned for planting fire bombs in protest against the Vietnam War - by Ulrike Meinhof, Gudrun Ensslin and others. They spent the years that followed requisitioning apartments from left-wing sympathisers, stealing cars and robbing banks in preparation for attacks on US military bases.

After an intense manhunt, the ringleaders of the group, which now called itself the Red Army Faction (RAF), were finally captured in 1972. Their prolonged trial began in 1975 and lasted for almost 2 years, in the course of which Ulrike Meinhof hanged herself in her cell. The other members of the group were convicted and received life sentences.

The 'war of six against sixty million' (Heinrich Böll) reached its climax in the autumn of 1977 when supporters tried to secure their release by kidnapping the president of the German Employers' Association, Hanns Martin Schleyer, and later by hijacking a Lufthansa jet, which was eventually captured by German special forces at Mogadishu airport. On the morning the rescue was announced, Andreas Baader, Gudrun Ensslin and Jan-Carl Raspe were all found dead in their cells. The 'German Autumn' marked the violent peak of a journey that had begun with peaceful protests against the American war in Vietnam : moral outrage had turned into blatant immorality.

Stefan Aust's utterly absorbing account of these events reads like a first-class thriller. The Baader-Meinhof Complex is the definitive chronicle of seven years that changed Germany.