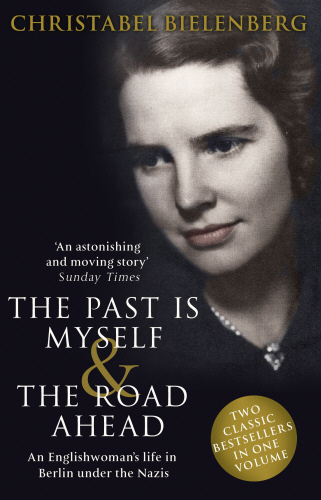 The Past is Myself & The Road Ahead Omnibus

When I Was a German, 1934-1945: special omnibus edition of two extraordinary bestselling wartime memoirs that depict life in Nazi Germany with alarming honesty

Brought together for the first time in one edition, both of Christabel Bielenberg's bestselling memoirs give an incredibly moving, emotionally charged and compelling insight into life in Nazi Germany during The Third Reich and during the aftermath of World War Two. Offering a new perspective, this is a must-read for anyone interested in the wartime era.

The Road Ahead
Following the extraordinary success of her wartime memoir, The Past is Myself, Christabel Bielenberg received thousands of letters from readers begging her to describe what happened next. In The Road Ahead she continues her story with the outbreak of peace - a time of struggle for reconciliation with, and the rebuilding of, a defeated nation. She also tells of life in her newly adopted country, Ireland, her involvement with the Peace Women of Northern Ireland, and with characteristic modesty and gratitude, looks back on a rich, full life.

Anyone interested in the Second World War and life in the 1930s and 1940s will devour these unflinchingly honest and enthralling memoirs, published together in one edition for the first time.