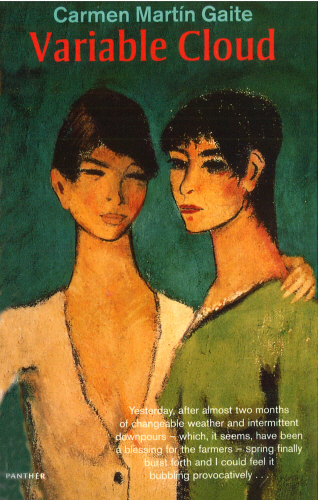 An impassioned correspondence between two former school friends as they reach crisis in middle age, from the prize-winning Spanish novelist Carmen Martin Gaite

Sofia is a mother of three grown-up children and trapped in a loveless marriage to Eduardo. Mariana is a successful psychiatrist, incapable of forming stable relationships with men.

As their lives reach crises in middle age, these two women, former school friends who had grown apart, reach out to each other through an exchange of impassioned letters in Gaite's effusive epistolary novel.

Mariana, a psychiatrist and TV pundit, flees Madrid for a friend's empty house in a coastal resort, where she obsesses over Raimundo, a suicidal, manic-depressive writer who seems part friend, part patient, part lover. Her old friend, Sofia, walks out on her vain, hypercritical husband, Eduardo, a business executive who talks only about money, and moves in with her three rebellious children, who share a disorderly apartment.