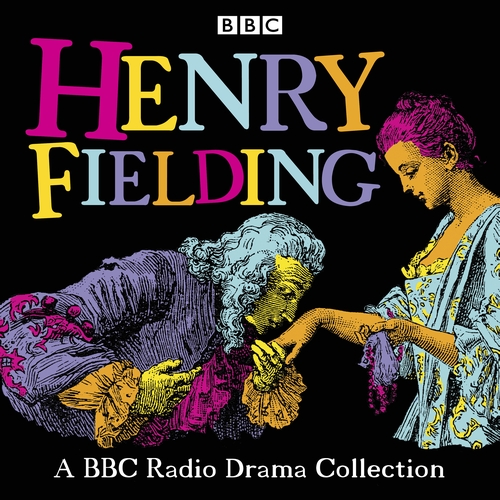 Dubbed 'the father of the English novel' by Sir Walter Scott, Henry Fielding is well known for his ribald humour and ironic, satirical fiction. Collected here are four of his most famous works, including his comic masterpiece Tom Jones, as well as a fascinating documentary exploring the foundling motif in fiction.

Joseph Andrews - Sitting down to write about the misadventures of a handsome young footman on the road, Henry Fielding finds himself unexpectedly collaborating with his smart, witty wife, Charlotte. As they laugh and bicker about the plot, the story of their writing partnership interweaves with that of Joseph Andrews... Max Bennett and Lyndsey Marshal star in this 18th Century romp with an up-to-date twist.

The Female Husband - Sandi Toksvig stars in this high-spirited dramatisation of the true story of Mary Hamilton, who was tried and flogged in 1746 for marrying as a man, and achieved notoriety in a sensational pamphlet published by Fielding.

First published 1742 (The History of the Adventures of Joseph Andrews and of his Friend Mr Abraham Adams), 1743 (The Life and Death of the Late Mr Jonathan Wild, the Great), 1746 (The Female Husband), 1749 (The History of Tom Jones, a Foundling)