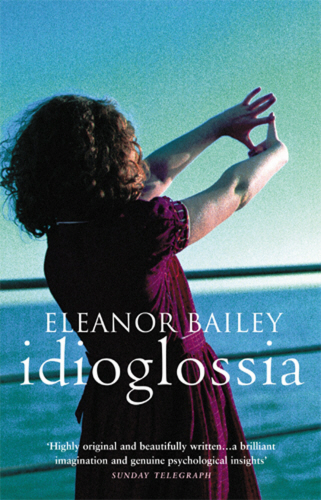 Idioglossia: A secret language between a few people, a private language; a lalallation; the babble of babies or the murmur of lunatics.

Bolshy, demanding, eccentric, Great Edie is a Jewish immigrant whose aspirations have always been dampened by reality and whose talents she obscures behind a bristling exterior. Her daughter Grace has been incarcerated in an asylum for most of her adult life following a tragedy from which she never recovers. As a result, Maggie, her only child, is brought up by an alcoholic father on board a cruise liner where, like him, she earns her keep as an entertainer of sorts. Her own daughter, Sarah, is truly dispossessed and, through promiscuous sex, seeks the affection denied to her as a child.

Though disparate, their lives have a curious symmetry: four generations of women who have all been touched by a legacy of madness which they must, in one way or another, confront if they are to achieve fulfilment. Idioglossia is a rich and rewarding novel written with a sparklingly original voice and is destined to establish Eleanor Bailey as one of the most exciting writers of her generation.