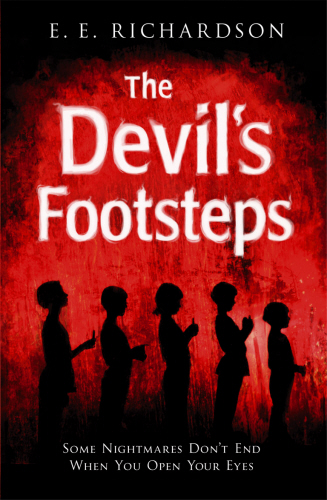 It was just a bit of fun, a local legend. The Devil's Footsteps: thirteen stepping stones, and whichever one you stopped on in the rhyme could predict how you would die. A harmless game for kids - and nobody ever died from a game.

But it's not a game to Bryan. He's seen the Dark Man, because the Dark Man took his brother five years ago. He's tried to tell himself that it was his imagination, that the Devil's Footsteps are just stones and the Dark Man didn't take Adam. But Adam's still gone.

And then Bryan meets two other boys who have their own unsolved mysteries. Someone or something is after the children in the town. And it all comes back to the rhyme that every local child knows by heart: Thirteen steps to the Dark Man's door, Won't be turning back no more . . .