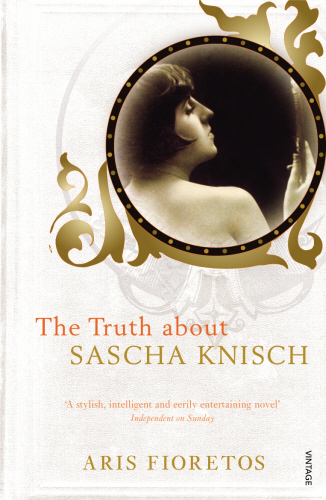 The Truth About Sascha Knisch

'My name is Knisch, Sascha Knisch, and six days ago my life was in perfect order.'

Knisch, who works as a projectionist at the Apollo movie theatre, is a person with special sexual habits. One night, he sees the enigmatic Dora Wilms. A week later, she is dead and Knisch is charged with murder. As he tries to clear his name, he discovers a scientific conspiracy and is drawn into the rich tangle of a story in which nothing is as it seems. How can he prove what didn't happen? What goes on at the Foundation for Sexual Research? And why is it important to have testicles?

A biological thriller set in the steamy underworlds of Weimar Berlin in the sweltering summer of 1928, The Truth about Sascha Knisch deals with the so-called 'sexual question', its lures and seductiveness, dangers and temptations, but also with the shrewd passion between two young people in a Germany at the brink of disaster.