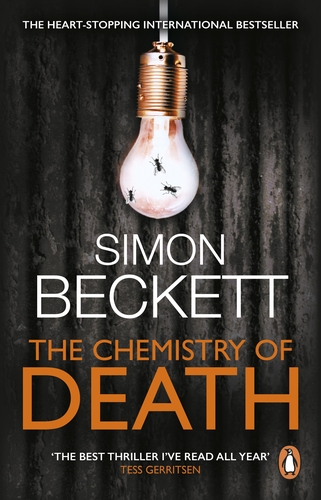 The Chemistry of Death

Dr David Hunter hoped he might at last have put the past behind him. But then they found what was left of Sally Palmer . . .

It isn't just that she was a friend that disturbs him. Once he'd been a high-profile forensic anthropologist and all too familiar with the many faces of death, before tragedy made him abandon this previous life.

Now the police want his help.

But to become involved will stir up memories he's long tried to forget. Then a second woman disappears, plunging the close-knit community into a maelstrom of fear and paranoia.

And no one, not even Hunter, is exempt from suspicion.

Gruesome and gripping, this startling new British crime thriller has an unnerving and original twist.