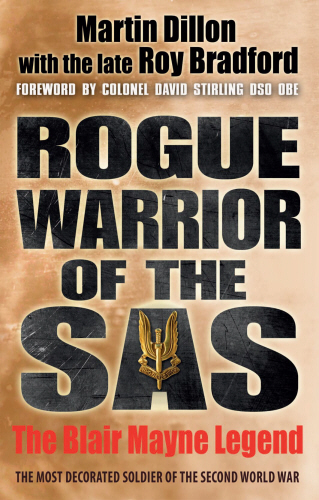 Rogue Warrior of the SAS

More than half a century after his death, Lt Col. Robert Blair Mayne is still regarded as one of the greatest soldiers in the history of military special operations. He was the most decorated British soldier of the Second World War, receiving four DSOs, the Croix de Guerre and the Légion d'honneur, and he pioneered tactics used today by the SAS and other special operations units worldwide.

Rogue Warrior of the SAS tells the remarkable life story of 'Colonel Paddy', whose exceptional physical strength and uniquely swift reflexes made him a fearsome opponent. But his unorthodox rules of war and his resentment of authority would deny him the ultimate accolade of the Victoria Cross.

Drawing on personal letters and family papers, declassified SAS files and records, together with the Official SAS Diary compiled in wartime and eyewitness accounts from many who served with him, the picture emerges of a soldier who, although a flawed hero, was unquestionably one of the most distinctive combatants of the campaigns in the Western Desert and Europe.