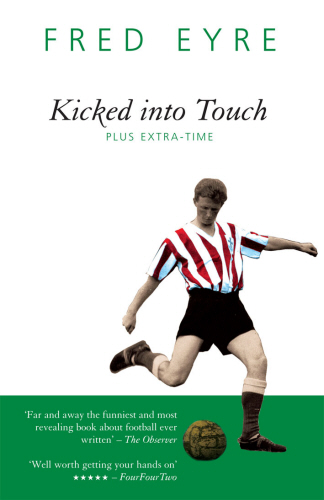 Fred Eyre's sporting life began full of promise when he became Manchester City's first-ever apprentice. He never made their first team. In fact, he seldom made anyone's first team. Injuries played a part but limited talent was a greater curse. As he plummeted down the leagues, he had something few footballers possess: a stud-sharp memory and an ability to write humorously about the sport he loves.

Kicked into Touch has become an enigma - selling more than a million copies yet still retaining cult status within the sport and among fans. This new version has been completely revised, extended and updated, with a set of photographs included.

Fred Eyre's book is set to reach a new generation of football fans looking for an antidote to the glib reportage of a sport lost to show business.