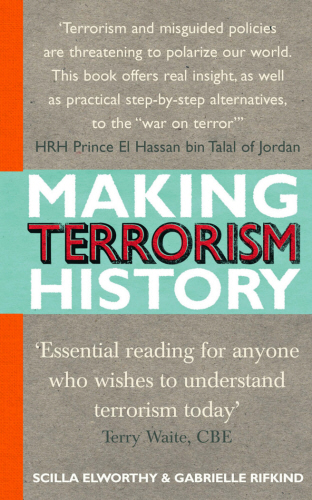 Ever since 9/11 it's been clear we need a new approach to terrorism. In this timely and important book the authors show:
* The root causes of terrorism
* The links between trauma and fundamentalism
* Why people become suicide bombers
* Why peace processes collapse
* Whether non-violence is a useful response
* What can be done

Clear, radical and extremely persuasive, Making Terrorism History shows why political violence is now such a major force in our world. At the same time it gives a range of practical actions that can be taken to combat it, not only by our governments but also on the ground in Iraq, Israel and Palestine, and more widely. In addition there are many simple but effective steps that we, too, can take within our local communities to make peace - not war - on terror.