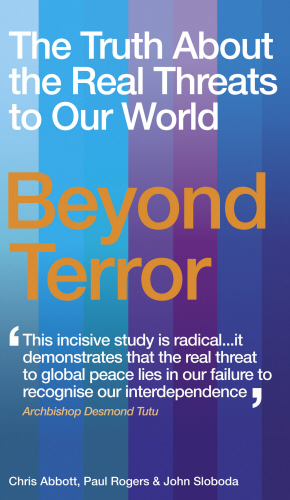 The Truth About the Real Threats to Our World

Since the 9/11 attacks, many Western governments assume terrorism to be the greatest threat we face. In response, their dangerous policies attempt to maintain control and keep the status quo by using overwhelming military force. This important book shows why this approach has been such a failure, and how it distracts us from other, much greater, threats of climate change, competition over resources, marginalisation of the majority of the world and global militarisation.

Unless urgent, coordinated action is taken in the next 5-10 years on all these issues it will be almost imossible to avoid the earth becoming a highly unstable place by the middle years of this century. Beyond Terror offers an alternative path for politicians, journalists and concerned citizens alike.