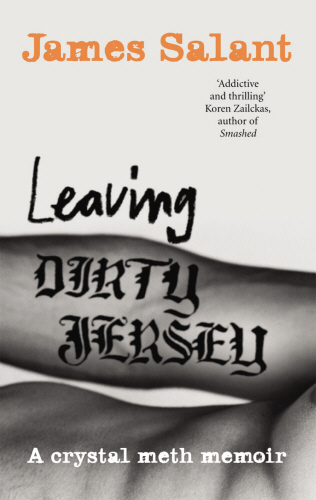 Leaving Dirty Jersey is the compellingly crafted tale of James Salant's descent into crystal meth addiction. Written at the age of only twenty-two, this memoir chronicles his year-long addiction with complete honesty and heartbreaking candour.

Brought up in a stable, middle-class family, the second son of two therapists, he was introduced to heroin at seventeen by his brother Joe. This resulted in a spell in rehab where he met a bunch of ex-convicts, and he soon fell into the thuggish, drifting lifestyle of meth addiction. It was to take a near-psychotic event to finally get him to clean up.

With graphic descriptions of life on crystal meth - the insatiable sex drive, the paranoia, the desperate need for more drugs to sustain the high - James' writing mimics the emotional detachment of the drug and the wired yet aimless life it induces. His voice is so open and authentic, it is hard to believe he is still so young.

Given the nickname Dirty Jersey, while living as a tough guy-junkie in California, James had it tattooed on the inside of his left arm. There it remains as a graphic and permanent reminder of his past life as a junkie.