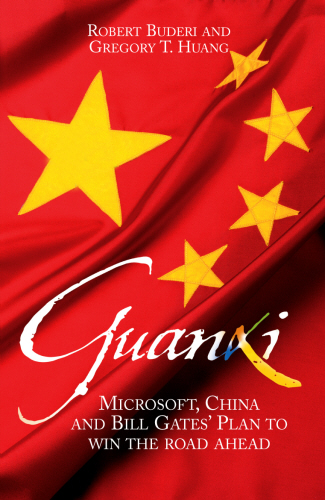 In an age of global innovation, could an unlikely partnership between the world's most famous capitalist and the world's largest communist nation be helping to determine the future of computer science? Guanxi is a compelling behind-the-scenes tale of how Bill Gates' software dreams are coming true in China.

Guanxi (gwan-shee), the Chinese term for the mutually beneficial relationships that are essential to success, tells the story of the juggernaut research lab that underpins Microsoft's developing relationship with China. The gripping narrative moves between Beijing and the Microsoft headquarters in Redmond, WA, and follows the lab's emergence as a centre of excellence for Chinese computer science. Microsoft has invested well over 100 million dollars and hired more than 400 of China's best and brightest - what was once an outpost is now at the very heart of software research, creating dramatic payoffs for both Microsoft and China.

As pundits rail against the 'China threat' to Western competitiveness and offer passionate (yet often hackneyed) arguments against outsourcing, Guanxi explores the true ramifications of China's technological progress - and how it can be turned to everyone's advantage. Sprinkled with telling observations, compelling characters and lively anecdotes about the brilliant successes and sometimes painful stumbles of the world's most powerful software company, Guanxi is essential reading for business leaders, entrepreneurs and technology workers around the globe.