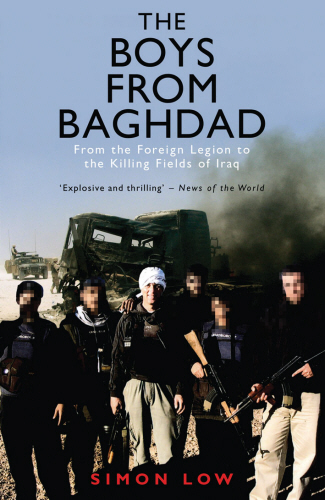 The Boys from Baghdad

From the Foreign Legion to the Killing Fields of Iraq
Paperback

As a former fighter in the legendary French Foreign Legion, Simon Low thought he had seen it all. Then he was posted to Iraq. Employed as a private military contractor - a 'hired gun' - his assignment was to guard the deadly convoy routes out of Baghdad.

Once there, Simon quickly realised that no one could be trusted, including the US military. Whether sending him on perilously haphazard missions or, in one terrifying incident, knowingly opening fire on him, the Americans often proved as dangerous as the insurgents.

Simon and his staunch 'oppo' Dave faced the daily terror of suicide bombers, armed ambushes and grenade attacks, and also had to keep a close watch on their ill-prepared Iraqi comrades. Incompetence or betrayal from within could be fatal, but a far greater fear was that of capture, with prisoners subjected to torture and slow death.

Commissioned to courier a large quantity of cash through bandit country, Simon lost patience with his high-handed paymasters and devised a plan of his own for the money . . .

The Boys from Baghdad is an action-packed account of life as a soldier of fortune in the most controversial conflict of our age. With grim, earthy humour, Simon's eyewitness descriptions of Iraq as it spirals into bloody chaos provide a unique, uncompromising insight into the theatre of war.