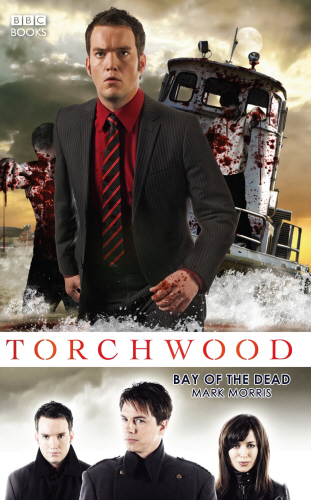 Torchwood: Bay of the Dead

When the city sleeps, the dead start to walk...

Something has sealed off Cardiff, and living corpses are stalking the streets, leaving a trail of half-eaten bodies. Animals are butchered. A young couple in their car never reach their home. A stolen yacht is brought back to shore, carrying only human remains. And a couple of girls heading back from the pub watch the mysterious drivers of a big black SUV take over a crime scene.

Torchwood have to deal with the intangible barrier surrounding Cardiff, and some unidentified space debris that seems to be regenerating itself. Plus, of course, the all-night zombie horror show.

Not that they really believe in zombies.