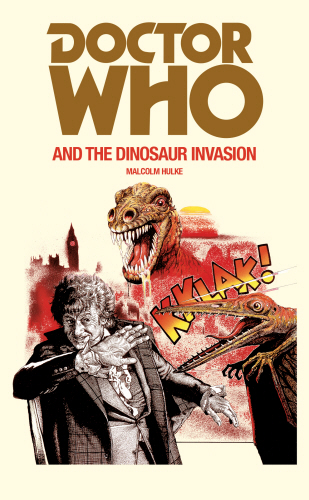 Doctor Who and the Dinosaur Invasion

The Doctor and Sarah arrive in London to find it deserted. The city has been evacuated as prehistoric monsters appear in the streets. While the Doctor works to discover who or what is bringing the dinosaurs to London, Sarah finds herself trapped on a spaceship that left Earth months ago travelling to a new world…

Against the odds, the Doctor manages to trace the source of the dinosaurs. But will he and the Brigadier be in time to unmask the villains before Operation Golden Age changes the history of planet Earth and wipes out the whole of human civilisation?

This novel is based on a Doctor Who story which was originally broadcast from 12 January–16 February 1974.