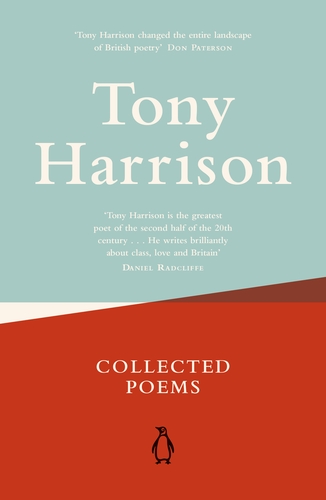 Tony Harrison published his first pamphlet of poems in 1964 and for over fifty years has been a prominent force in modern poetry.

His poetic range is truly far-reaching, from the intimate tenderness of family life and personal love, to war poems written from Bosnia and savage public outcries against politicians. In The Collected Poems, Harrison draws deeply both on classical tradition and on the vernacular of the street. Combining the private and the public in a way Harrison has made distinctly his own, and drawing on his working-class upbringing in Leeds, these are powerful poems for modern times.

This is the first complete paperback collection of one of Britain's most controversial and critically acclaimed poets.

'Tony Harrison is the greatest poet of the second half of the 20th century. . . He writes brilliantly about class, love and Britain' Daniel Radcliffe

'Harrison is a masterly technician, and the most fiery and indelible English poet of the age. This book is a vineyard on a volcano' Paul Farley