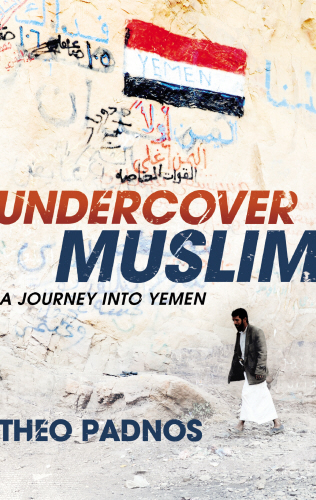 A Journey into Yemen

In December 2009 the US government launched an air strike against the tiny Yemeni village of al-Majalah where al-Qaeda militants were believed to be in hiding. A second attack a week later targeted the prominent religious leader Anwar Awlaki. He escaped unharmed but many villagers were killed. These two strikes were intended to set back al-Qaeda's operations in Yemen but, within 24 hours, Umar Farouk Abdulmutallab - a 23-year-old Nigerian man and one of Awlaki's followers - boarded a plane to Detroit with explosives hidden in his clothing.

His is not a unique story: at a time when true pluralism remains an aspiration rather than a reality in the West, young men, disillusioned and angry with the spiritually barren, consumerist societies in which they live, travel to Yemen in search of fulfilment. There, in the country's anarchic wilderness, they find what they could not at home: a pure way of life, submissive wives and like-minded brethren. Some, like Abdulmutallab, find something much more dangerous: the conviction to carry out Jihad.

In Undercover Muslim, Theo Padnos brilliantly evokes a landscape and journey that few Westerners have experienced. He investigates the radicalisation of these disaffected young men as they move, almost unnoticed, from London, Berlin or Paris to their new spiritual home in Yemen.

Padnos's journey takes him from the newsroom of a Yemeni newspaper to the prayer rows and lecture rooms of Yemen's madrassas, from covert Jeep rides into the sacred mountains to a stint in an overcrowded prison. It is through these events, and through the people he encounters, that Padnos shows us how a terrifying gulf has opened between Islam and the West.