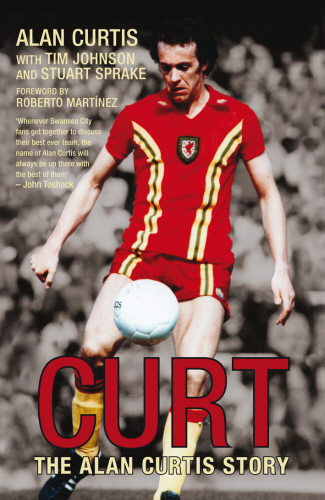 Welsh footballer Alan Curtis is synonymous with Swansea City, having played for the club during three different spells, but he also played for Leeds United, Southampton and Cardiff City, and won thirty-five caps for his country during an action-packed playing career that spanned two decades.

Alan experienced the highs of the game at the top level with Swansea during their meteoric rise through all four divisions to reach the top flight, but this success came after he'd experienced the low of the Swans having to apply for re-election to the Football League in 1975.

In this eventful autobiography, Alan recounts the topsy-turvy turns his career has taken, including a disappointing spell at Leeds United in 1979-80. He was the club's most expensive signing ever at the time, but a nasty clash with Peter Shilton left him sidelined for nine months. Determined to prove his critics wrong and overcome his injury, he played some of the best football of his career upon returning to Swansea, before moving to Southampton in 1983 to help the club challenge the Merseyside dominance of the time.

Since his playing career wound down in 1987, Alan has remained in the game as a coach with both Swansea City and Wales, giving back to the game the wisdom and experience he garnered during his years as a player. In Curt, Alan reflects upon his colourful career, highlights just how much the beautiful game has changed since his playing days and explains why he's living proof that nice guys don't always finish second.