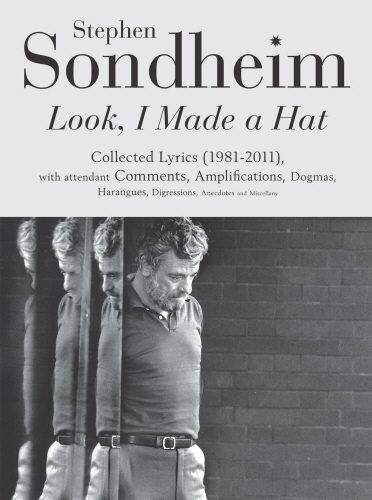 Look, I Made a Hat

As he did in the acclaimed Finishing the Hat, Sondheim richly annotates his lyrics with personal and theatre history, discussions of his collaborations, and exacting, charming dissections of his work - both the successes and the failures. Picking up where he left off in Finishing the Hat, he gives us all the lyrics, along with cutouts and early drafts, to the Pulitzer Prize-winning Sunday in the Park with George, as well as Into the Woods, Assassins, and Passion. Here too is an in-depth look at Wise Guys, subsequently transformed into Bounce, and eventually into Road Show. And we are treated to chapters on his work for television and film and his "orphan songs," culled from parodies and special occasions over the years.
Filled with behind-the-scenes photographs and illustrations from original manuscripts, and with the same elegant design as the earlier book, Look, I Made A Hat will be devoured by Sondheim's passionate fans today and for years to come.