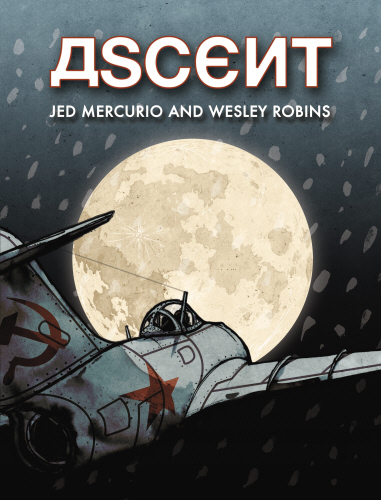 Yefgenii Yeremin is a flyer and he is a phantom.

In the Korean War, he is the legendary ace dubbed 'Ivan the Terrible', shooting down more American jets than any other pilot in history. But the Soviet Union's involvement in Korea must be kept secret, so Yefgenii is exiled to a remote Arctic base, his name unknown, his victories uncelebrated.

Years later, and long forgotten, Yefgenii Yeremin is called upon one final time. With America about to launch Apollo 11, he is sent on the most perilous mission of all. At last he has his chance to write his name into the history books...

Ascent is an exhilarating story, beautifully rendered, and a thrilling new addition to the Cape graphic novel list.