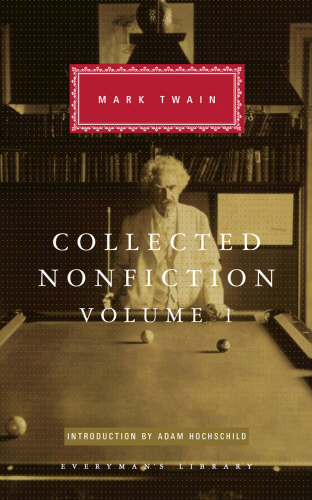 Selections from the Autobiography, Letters, Essays, and Speeches
Hardback

Politics, religion, culture, travel, science and technology, family life: nothing escaped the eye and pen of Samuel Langhorne Clemens, better known as Mark Twain, nineteenth-century America's most famous writer and a legend in his own lifetime. Though chiefly known today for his classic novels of childhood, Tom Sawyer and Huckleberry Finn, and for his short stories, he produced even more nonfiction of an impressive quality.

Twain lived a life as exciting as his fiction, and in his Autobiography we find him running wild, like the heroes of his novels, in the countryside around his childhood home in Missouri and navigating the treacherous waters of the Mississippi River as a trained steamboat pilot, while his letters show him travelling thousands of miles over the United States on hectic lecture tours (he was a great showman, raconteur and performer of his own works), hobnobbing with princes and presidents and being lionized in the capitals of Europe.

His trademark wit, candour, sarcasm and irrepressible humour shine through on every page of this selection, but here too, beyond the entertainer, we discover in his speeches and essays the social and moral issues - slavery, imperialism - which concerned him, and meet the private man behind that towering public figure, whose long marriage never lost its romance, but who bore the sorrow of losing two of his three daughters while still in their twenties.