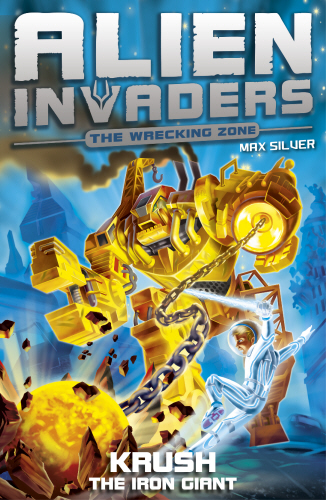 Step on board and join the galaxy's top defence team in this explosive new series for boys! Complete with awesome gaming cards so you can do battle against the Alien Invaders too!

Five mutant alien outcasts from the deep space Wrecking Zone have been recruited by the evil outlaw Kaos to destroy the galaxy... Half hideous alien, half deadly robot - these are the toughest enemies Cosmo has ever faced.

The awesome alien Krush is on the rampage in one of the universe's busiest cities. Can Cosmo act quickly to prevent Krush flattening everything in his path?

The power of the universe is in YOU!