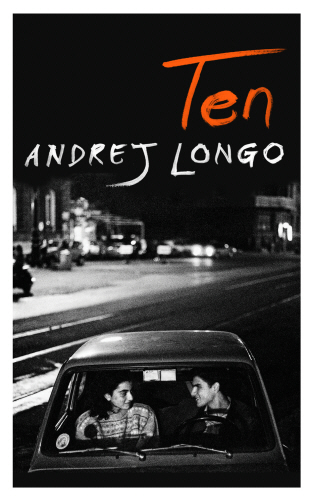 The Mafia and the Ten Commandments meet in these interlinked short stories about the undebelly of Naples. Ten uncovers the raw heart of a city, telling the stories of ordinary people forced to make extraordinary compromises in a place permeated by crime.

We encounter a son who finds that he is capable of a terrible act when faced with his mother’s suffering 'because someone had to do it'; a girl whose only outlet for the horrors of an adult’s abuse is to confide in a stuffed toy; an ancient nightclub singer whose ambition has led him to become a drug tester for a Mafia boss; and Ray-Ban who, during a night of mayhem with his friends, manages to steal the wrong car and pays dearly for it.

Each comes to life with painful precision in the hands of Andrej Longo – their fears, regrets, energy and grace. In direct and sometimes brutally raw prose, he conjures a searing new vision of Naples. With the lightest of brush strokes, Longo builds a vivid portrait of a city, its people, and their dreams of escape.