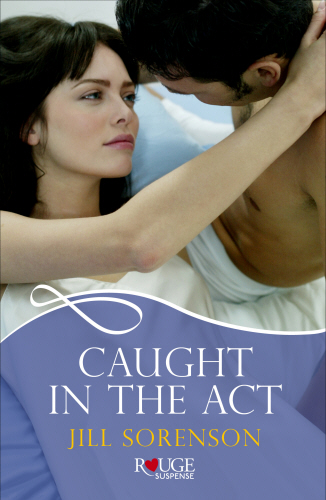 Caught in the Act: A Rouge Romantic Suspense

Some desires are too dangerous to embrace.

As the owner of a flourishing Latin American crafts boutique, Karina Strauss should be basking in her success. Instead, she’s worried about her troubled sister, the girlfriend – and prisoner – of drug lord, Carlos Moreno. Kari wants no part of that life, but when she helps a friend cross into the United States illegally, two men on opposite sides of the law take notice: Moreno and Adam Cortez, the handsome border protection officer who lets Kari off the hook. It’s not just Kari’s tantalizing flash of skin that catches Adam’s attention – her drug cartel connections bring back the demons of his past.

Moreno demands that Kari smuggle a package for him in exchange for her sister’s freedom. Adam also gets dangerously close, tempting her to surrender and fulfill her wildest desires. As Kari prepares for the drug run, dark secrets and deadly consequences lurk around every corner. But concern for her sister drives Kari toward a terrifying act – despite Adam’s warnings, despite her overwhelming fears and despite the odds against coming out alive.