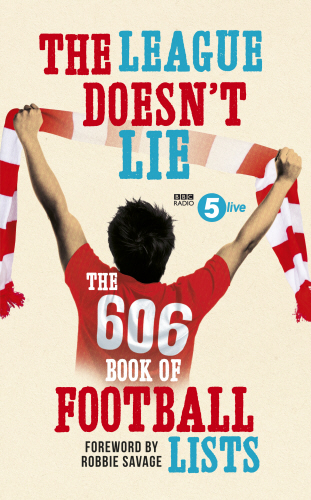 The 606 Book of Football Lists

In The League Doesn’t Lie, the 606 team have selected the most debatable topics from the world of football, from best manager to most memorable penalty, and worst haircut ever to the ultimate England team. Learn about the top ten football Tweeters. Jump on your 606 Soapbox about the best ever player. And hear about the show’s angriest calls of all time!

With introductions from the 606 team for each topic, plus a foreword by Robbie Savage, The League Doesn’t Lie is the ultimate book of football trivia and opinion for Sunday League players and armchair referees alike.