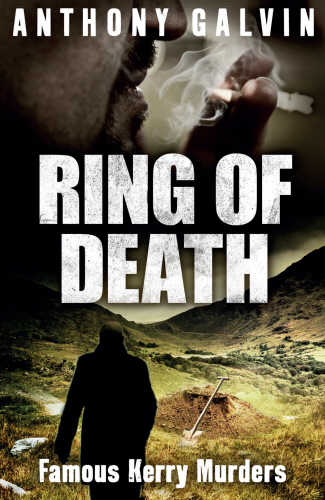 To all appearances, Kerry is an idyllic tourist destination. Yet scratch beneath its scenic surface and the sordid secrets of the county known as 'the Kingdom’ flow free like blood . . .

Some of the most notorious murders in the history of Ireland have taken place in Kerry, including a two-day orgy of slaughter perpetrated by state forces during the Civil War. Another is the case of two farmers fighting over a patch of land not big enough to accommodate a picnic blanket, resulting in a killing that inspired the play and film The Field. The county’s most infamous case was the discovery of a baby stabbed to death on a beach, with another infant’s body found during the subsequent investigation. To this day, the identities of the children, their mothers and the murderer remain a mystery, but the case led to the government setting up a tribunal to investigate the Gardaí and how they had handled the inquiry.

In Ring of Death, true-crime writer Anthony Galvin explores the bloody history of Kerry and the many fascinating murder cases that have occurred in the county over the past century.