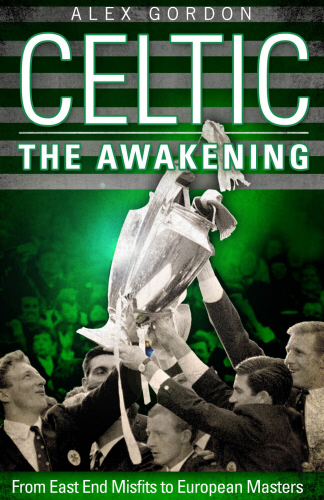 Celtic strode majestically into the history books in 1967 as the first British club to conquer Europe, and the iconic photograph of captain Billy McNeill holding aloft the glittering European Cup in the Lisbon sunshine is the defining image of that footballing era. Yet at the start of the decade, Celtic were a team plagued by defeats and in disarray both on and off the field. What brought about their remarkable transformation?

In Celtic: The Awakening, Alex Gordon enters uncharted territory to investigate the story of Celtic in the 1960s, an extraordinary decade in the club's roller-coaster 125-year history. Players of the era, good, bad and indifferent, are interviewed in depth in an attempt to unravel one of football’s greatest mysteries.

Sweeping through the ’60s and beyond, Celtic: The Awakening details the previously untold story of how a proud club rose from grief to glory, from dismay to delight.