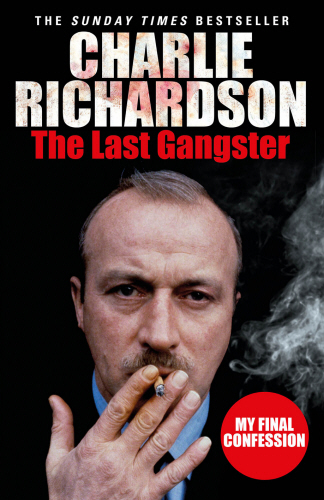 Charlie Richardson, one of Britain's most notorious gangland bosses, sheds light on his extraordinary life story completed just weeks before his death in September 2012.

Notorious Charlie Richardson was the most feared gangster in 1960s London. Boss of the Richardson Gang and rival of the Krays, to cross him would result in brutal repercussions. Famously arrested on the day England won the World Cup in 1966, his trial heard he allegedly used iron bars, bolt cutters and electric shocks on his enemies.

The Last Gangster is Richardson’s frank account of his largely untold life story, finished just before his death in September 2012. He shares the truth behind the rumours and tells of his feuds with the Krays for supremacy, undercover missions involving politicians, many lost years banged up in prison and reveals shocking secrets about royalty, phone hacking, bent coppers and the infamous black box.

Straight up, shocking and downright gripping, this is the ultimate exposé on this legendary gangster and his extraordinary life.