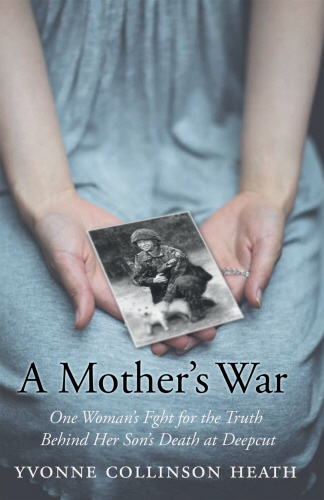 Yvonne Collinson Heath will never forget the telephone call that changed her life for ever. On 23 March 2002, her eldest son, James – a private with the Royal Logistic Corps – was found dead in mysterious circumstances at the notorious Deepcut barracks. He had a single gunshot wound to the head. It was a tragedy that to this day raises questions.

A Mother’s War recounts Yvonne’s anguish at losing her son, a boy who dreamed of serving his country but died before he had even reached his 18th birthday. It is also the powerful story of an extraordinary woman who overcame adversity – including the hurt of being abandoned by her father, bullied as a child and abused by a trusted uncle – to find love and raise a son, only to see him cruelly taken from her within weeks of his joining the Army. It reveals how her decade-long quest for answers uncovered sinister secrets and a series of cover-ups that went right to the heart of Whitehall.

Above all else, A Mother’s War is the story of how Yvonne’s grief triggered a search for the truth that took her to Downing Street and captured the hearts of the nation.