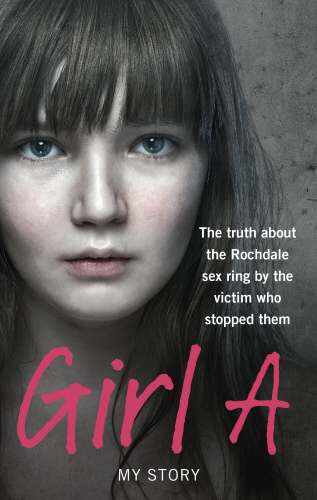 What do they find attractive about me? An underage girl who just lies there, sobbing, looking up at them...as they come to me one by one.

This is the shocking true story of how a young girl from Rochdale came to be Girl A – the key witness in the trial of Britain’s most notorious child sex ring.

Girl A was just 14 when she was groomed by a group of nine Asian men. After being lured into their circle with free gifts, she was plied with alcohol and systematically abused. She was just one of up to fifty girls to be 'passed around' by the gang. The girls were all under-16 and forced to have sex with as many as twenty men in one night.

When details emerged a nation was outraged and asked how these sickening events came to pass. And now, the girl at the very centre of the storm reveals the heartbreaking truth.