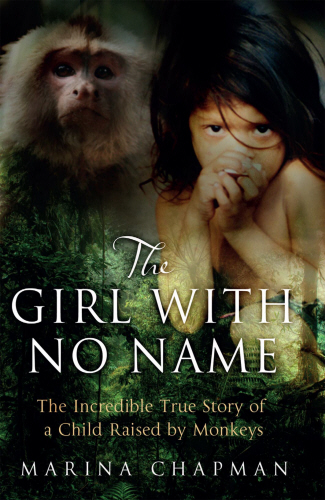 The Girl with No Name

The Incredible True Story of a Child Raised by Monkeys

‘It all happened so quickly. One minute I was squatting on the bare earth, preoccupied with popping pea pods. The next, I saw the flash of a black hand and white cloth, and before I even had a chance to cry out it had sailed towards my face, and completely covered it . . .’

In 1954, in a remote South American village, a four-year-old girl was abducted and then abandoned deep in the Colombian rainforest.

So begins the incredible true story of Marina Chapman, who went on to spend several years alone in the jungle, her only family a troop of capuchin monkeys. Using instinct to guide her, she copied everything they did and soon learned to fend for herself.

At around ten years old, a completely feral Marina was returned to civilisation by hunters, who sold her to a brothel. After being enslaved and beaten daily, she escaped – to live the perilous existence of a Colombian city street kid.

Marina’s life as a wild child wasn’t over. In some ways, it had only just begun. This is her astonishing story.