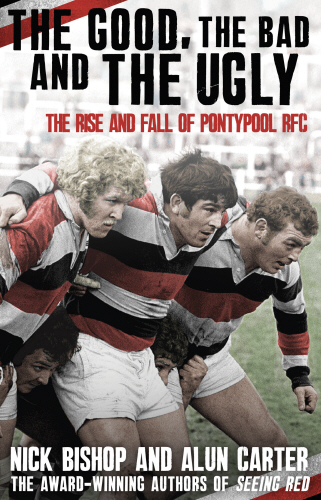 The Good, the Bad and the Ugly

The Rise and Fall of Pontypool RFC

What made Pontypool such a great seam of talent for the Welsh national team? Why were they hated and feared in equal measure by other clubs in Wales and across the Severn? What made Ray Prosser a coach ahead of his time?

In this engrossing book, Alun Carter and Nick Bishop recount the dramatic story of the rise and fall of one of the great enigmas of Welsh club rugby: Pontypool RFC. They chart the glories and violence of the amateur era in the 1970s and ’80s before the club entered a period of steady decline in the age of professionalism, reaching the point of bankruptcy after a crippling legal battle with the Welsh RU. It is a symbolic tale of the disintegration of the social fabric that held a once-great club together, both on and off the playing field – often irresistibly funny, eventually tragic, but always larger than life.